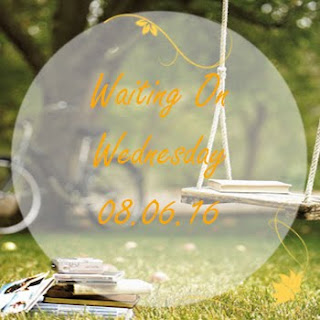 This meme is hosted by Breaking the Spine
Goodmorning everybody ! I just love the weather we had the last couple of days. It is all so sunny and all the flowers are so pretty and colourful.. *sight* But well, today is Wednesday, meaning time for another Waiting On.
I'm currently on a bit of a romance binge... I just need happy endings at the moment and lots of drama and love. So I wanted today's choice of book to fit in with that. This is the second part in a very frustrating series, because the first book ended with a major cliff-hanger that made me very angry. But still, I really loved it too and it was a very emotional read.. So if you haven't read this series yet, start on the first book soon so you can continue with this one next month !! 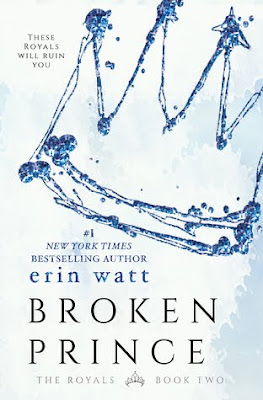 Broken Prince by Erin Watt
Release Date Juny 25th 2016
From wharf fights and school brawls to crumbling lives inside glittery mansions, one guy tries to save himself.

Reed Royal has it all—looks, status, money. The girls at his elite prep school line up to date him, the guys want to be him, but Reed never gave a damn about anyone but his family until Ella Harper walked into his life.

What started off as burning resentment and the need to make his father’s new ward suffer turned into something else entirely—keep Ella close. Keep Ella safe. But when one foolish mistake drives her out of Reed’s arms and brings chaos to the Royal household, Reed’s entire world begins to fall apart around him.

Ella doesn’t want him anymore. She says they’ll only destroy each other.

Secrets. Betrayal. Enemies. It’s like nothing Reed has ever dealt with before, and if he’s going to win back his princess, he’ll need to prove himself Royally worthy.
Can't eait to see how this will continue, and I really hope she will spare us a cliff-hanger at the end of this one..