Review Lions in the Garden. 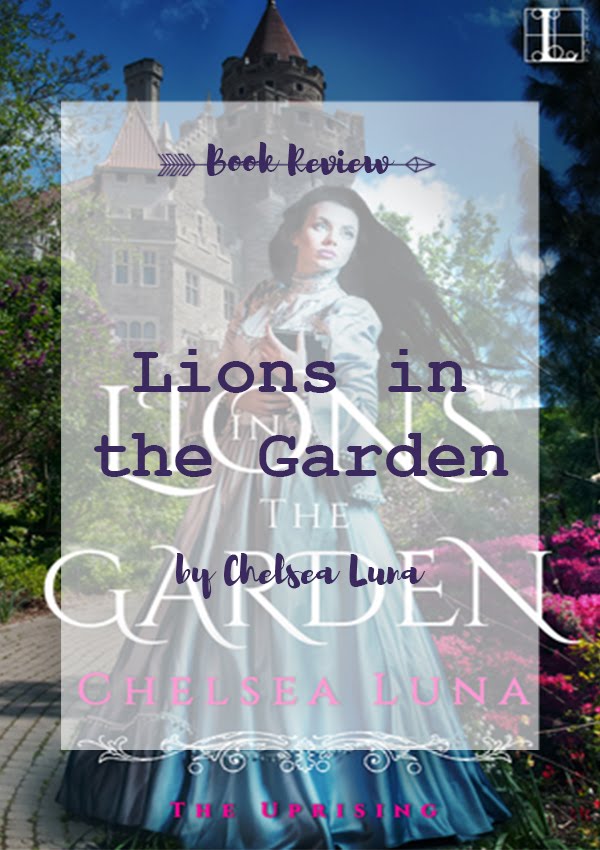 Ludmila Novakova--Mila--has barely set foot outside Prague Castle in her seventeen years. But with the choice between braving the bandits and wolves of Bohemia's uneasy roads or being married off to a disgusting old baron, she's taken what she can carry and fled.

Escape won't be easy. Even Mila has heard the rumors of a rebellion coming against the court. The peasants are hungry. The king hasn't been seen in months. Mila's father, the High Chancellor, is well known and well hated.

But Mila can't sit behind a stone wall and let fear force her into a life of silk gowns and certain misery. Her mother's death has taught her that much. She has one ally: Marc, the son of the blacksmith. A commoner, a Protestant--and perhaps a traitor, too. But the farther she gets from the castle, the more lies she uncovers, unraveling everything she thought she knew. And the harder it is to tell friend from enemy--and wrong from right . . . 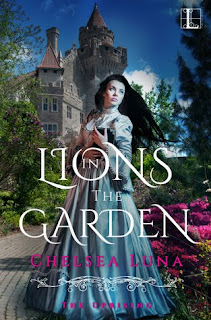 I received this novel through NetGalley from the publisher. This has in no way influenced my review.

Review.
First of all, SPOILER ALERT. I normally try not to spoil, but I could not keep everything hidden, I need to rant and for that I need to spoil. So if you want to read this one, sorry, but don’t read this review.

So I've had this novel on my Kindle for like.. MONTHS, and even though I wanted to read it someday, it just never seemed like the right moment. But I'm trying to clear up my old ARC's a bit, so I gave it a try.

First of, I have to admit I’m very torn about this novel. I did not hate the first 70% or so, but later on it seemed to drag on even more and I skimmed through the last part. (I thought, once again, about quitting… but I was already at 92%, and come one, that would just be mean. So I sucked it up and finished !!)

I liked the setting very much. Something different then the whole England thing and I enjoy it when writers take the effort to be original. Prague/Bohemia got this whole spooky and eerie thing going for it and it fitted with the concept of the story.

I liked the way she wrote, it was easy to follow and who am I kidding ? These are all just lame ass excuses for “likes” !! I don’t know why, but I want to be more positive about this one, because it really wasn’t THAT bad.. But I just, I don’t know, it wasn’t good either !!!

First of all, I have to complain about the insta-love. I’m not a fan and I find the whole concept ridiculous. They barely met and all of the sudden they are the catalyst for a revolution ?? Give me a break and get to know each other first before you’re willing die for one other.

I did not like the MC. I had no connection to her and found her rather dull and flat. To really get into a story I need to relate to the MC, feel with her and her adventures.. But I just didn’t. She was annoying and I got very annoyed by how lucky she was every time.

I know, I know, getting kidnapped and all it not what you would call lucky.. But she had everything going for her !! Marc happens to find them in no-time after the kidnapping, he just happens to be an amazing tracker, they escape way too easily, stumble upon an inn that gives them everything, stumble into a Gipsy camp where he happens to know someone (REALLY??) and once again they give them everything they want, I mean, come on !! What are the odds on that ?!

I really did not like Marc. I did not swoon over him or find him cute. I think he’s rather stupid to be honest. He could have fled after the talk they had with her father, HE KNEW. But he just surrenders ? Why ?? I just can’t.

And talking about the father, WTF ?? How can you not know your own father is a raging lunatic who likes to do some mass murdering on the side ?!?!?! And how does he go from loving father to a complete ass-hole who would be willing to murder his own daughter !!

And on that side. REALLY. REALLY. All of the sudden he turns out not to be her father, but she is the last living heir to the king (who is most likely to be murdered soon). Just shoot me now.

And how exactly did Marc escape so casually !!! AND how was he able to stroll around when he just had been whipped very very badly that he could barely move at all when she visited him the day before !!!! It doesn’t make any sense !!!

And WTF happened with Kristoff ??

So I wanted to be positive, but I couldn’t. For me, this was not a good novel. I did not relate to the MC, I did not swoon over the lover, and didn’t like the insta-love romance. You know maybe that’s just it, I did like how it started, full of promises, but I did not like how it progressed. Too many things happened that I did not find believable and this really makes me dislike the story. I can’t give this more than 2 stars, and that is because I did manage to finish it.