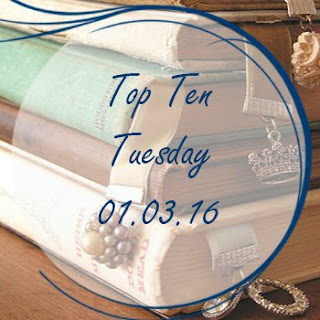 This meme is hosted by The Broke and the Bookish
Today is a big day for me and my husband, because we are getting the keys for our first very own house !!
But no worries, I didn't forget the Top Ten Tuesday. Sorry I couldn’t make it last week but I was busy getting married ! Even though the last couple of days have been rough with the sudden death of my grandmother, I’m happy she was there to see her first grandchild’s wedding. And most of all, my new husband has been great for me through all of this, and that makes me really happy, I love him very much.


But well, this week the topic for the Top Ten Tuesday is “If you are in the mood for X”. I will assume that X is random and you can insert whatever you want. Which makes it always more difficult. But I have chosen the following; If you are in the mood for awesome independent kickass heroines. Those are my favourite kind of main characters and narrators in stories and I’ve recently read a lot of books featuring those type of woman. And, as usual, the list is in no particular order.

Evelyn from the These Vicious Masks series by Tarun Shanker and Kelly Zekas. I’ve read this book recently and I was completely in love with her. From her time it is extremely difficult to act on your own, everything that you do has an impact on your reputation and that of your family. But she did everything marvellous and kickass and she totally deserves the title.

Shahrzad from The Wrath and the Dawn series by Renee Ahdieh. How awesome is it that she would sacrifice everything, even her own life, for revenge and the greater good. And not only that, but she really tames the beast… *sight* But she is totally cool and kickass.

Sam from Rites of Passage by Joy N. Hensley. She works so hard to make it within the army and shows everyone that even though she is a woman, she deserves to be there. Such a great story, and such a strong and awesome kickass woman. Respect.

Charley from the Charley Davidson series by Darynda Jones. She might not always make the wisest choices, but she is independent as hell. She does what needs to be done, damn the consequences. I love her so much as a narrator, she is very kickass and great.

Celaena from the Throne of Glass series by Sarah J. Maas. Who better deserves of this title then a kickass assassin ? Okay she is so much more than just that, but she is most certainly someone you would not want to have on your bad side. 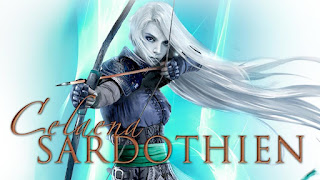 Ismae from Grave Mercy by Robin LaFevers. Speaking of assassins… Ismae is definitely one that fits the bill too. She is such a great person that has survived much and came out much and much stronger. Totally cool and kickass !

Mercy from the Mercy Thompson series by Patricia Briggs. I love Mercy very much, but she is also a very independent woman that doesn’t let other tell her what to do. She always finds herself in trouble and comes out of it much and much stronger. And even a bit wiser haha. Very kickass coyote with her wolf pack.

Scarlet from the Lunar Chronicles by Marissa Meyer. I knew I wanted to add someone from this series too, but had some doubt about who. Even though Cinder fits the bill too, I think Scarlet is more appropriate for the role. I mean, she is the one who tamed the wolf and became an Alpha herself. How cool and really kickass is that !

Juliette from the Shatter Me series by Tahereh Mafi. She grows so much during this series and becomes a very strong and awesome person. Especially in the last book she completely kicks some ass ! 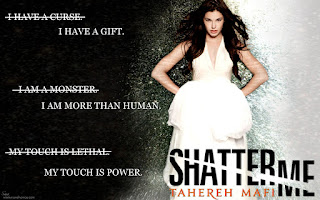 Sabina from the Sabina Kane series by Jaye Wells. Oh how I liked her and Giguhl ! Such a great combo. But well, she has learned from the beginning that her way was the kickass way and as a assassin for the Vampires she completely fits the bill. She is very independent and does not like to rely on others.

So, these are my Top Ten picks, what topic did you chose ? Did I forget some great ones that you’ve noticed ?